Well, you knew that eventually even I would succumb to randomness.
Here's a little cartoon from Over the Hedge 2, by Michael Fry & T. Lewis, in honour of the Green Party's monumental victory to participate in the election debates. (I believe they will be televised tomorrow evening.) 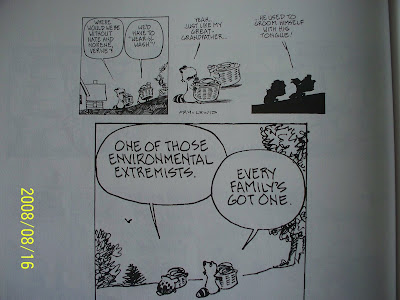 Brianna's first western riding lesson, a part of an early birthday present. She loved it! This is going to cost me money, I can tell already. *Sigh* 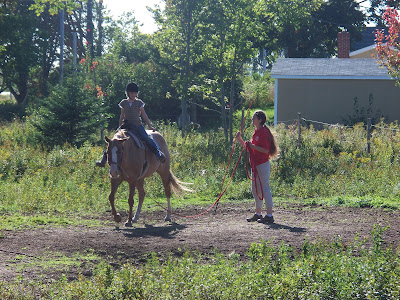 I had to be in Bridgewater for an appointment on Monday. I managed to leave the house early enough to take a quick drive down to one of my favourite spots on the South Shore, the Crescent Beach. The tide was in, with waves crashing onto the shore in a post-Kyle storm surge. I only wish I could have sat there longer. The air was warm, despite the threatening clouds, and in spite of a couple that stayed long enough to take a few pictures, I felt alone in the world, with my thoughts and the ocean for company. 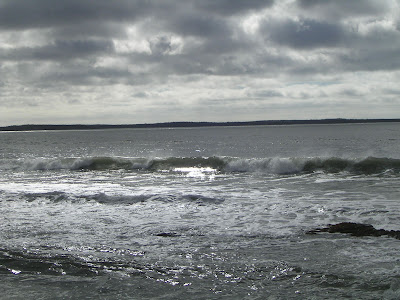 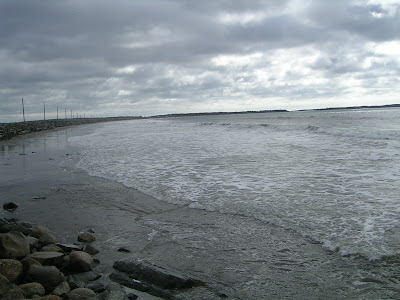 That's it, that's all. Now go out there and do some leaf-peepin' before they're gone!
Posted by Barbara from Nova Scotia at 10:44

Some of the leaves are so bright and gorgeous on the drive from town to Bridgewater right now. Hubs says Cape Breton is gorgeous.

Riding lessons ... you're doomed!! It's all downhill from there! Who is she taking them from?