Just waiting for the Opening Ceremonies to begin. Have all my knitting equipment, drinks to keep hydrated (Rum Runner and water!), and camera to record my progress.
On a very sad note, I was devastated to hear about the Georgian Luger, Nordar Kumaritashvili, that lost his life in a training run earlier today. I was extremely angered that TSN and CTV chose to televise footage of his final moments. To say it was graphic and highly disturbing is an understatement. May he rest in peace.
Olympic fare assembled by Brianna and Hubby, we loaded up our plates and headed down to the family room and positioned ourselves in front of the TV for the pre-ceremonies show. 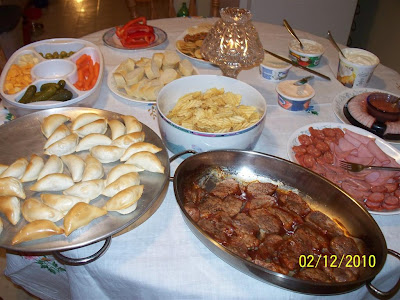 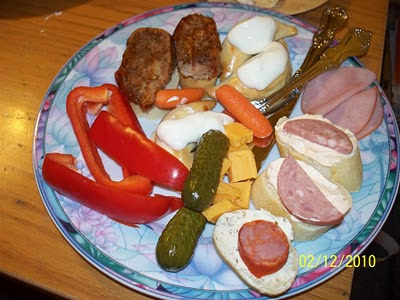 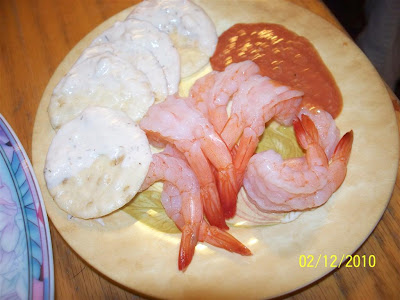 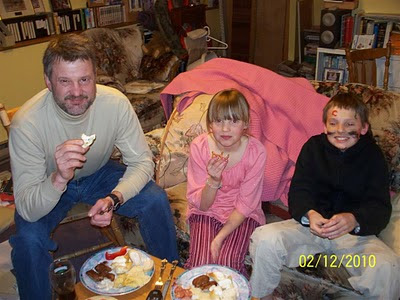 wow, that all looks yummy!